The Belt and Road Initiative (BRI) proposed by General Secretary Xi Jinping in 2013 is regarded as a new grand strategy in a new stage of China’s opening-up policy. Bangladesh, China, India, Myanmar ((BCIM) began its journey as a “track two” initiative with an aim to bring better coordination in the flow of products, services, energy, investments, technology and people to people contact within these countries.

Primarily, it was established as a Track II dialogue to create a sub-regional ‘cooperation zone’ or ‘growth zone’ which would link the relatively backward regions stretching from land-locked areas of Southwest China to North-eastern India along with the adjoining Least Developed Countries (LDCs) of Bangladesh and Myanmar. The unique geographical location of Bangladesh among two landlocked countries, such as Nepal and Bhutan and one semi-landlocked territory, can provide to be transport hub opportunities for Bangladesh.

Transit or transshipment across Bangladesh is important to India, Nepal and Bhutan because it would greatly boost their economy. Past experience among South Asian nations regarding the execution of cooperation is not satisfactory. Numerous bilateral, trilateral and multilateral agreements were signed with initial goodwill, apart from many physical and nonphysical barriers; political rivalry and lack of trust among countries in this region have hindered successful operationalization of these agreements.

As a matter of fact, the existence of the SAARC as a regional organization, as it stands today, is under severe strain. BBIN and BCIM are not immune to such challenges and may face other implementation challenges like inadequate infrastructure, land acquisition, security concern, cabotage restriction, the absence of a concrete dispute settlement mechanism etc. In spite of the importance in this framework, actual progress in Sub-regional cooperation has been rather showing in South Asia for many reasons like the following.

Mutual suspicions and communication gaps hinder the regional process, but there are occasions when the big begins to take note of the small and even develop apprehensions about them, in the last two decades, South Asia has often experienced this when India, though perceived as the big brother has developed a scare about some of its smaller neighbors.

For example, the migration of the overflowing population of Bangladesh into the Eastern part of India has been seen as a silent invasion and to have clear evidence of that Pakistani offensive intelligence activity against north India. To India, Pakistan remains as a living threat element to it since the genesis of these two countries through the great divide of the subcontinent in 1947, this rivalry influence among countries relations in this sub-continent. In the case of Sub-regional cooperation, mutual suspicion and communication gap may make challenges for further cooperation.

The biggest problem of sub-regional cooperation in this region is showing low progress of implementation. In BBIN-MVA, it is quite unlikely that the outlined six month period would be sufficient to complete the finalization of all the protocols and prerequisites which include IT systems, infrastructures, tracking and regulatory systems. It has also been unrealistic to begin trial run from October 2015 and finalize the agreement by December 2015, considering the riding capacity and structural strength of the existing roads and highways of signing countries. In both BBIN and BCIM, the weaknesses lie in the policy of cooperation and the shy progress of implementation of the policies agreed upon. Sometimes even the factors of harmonies turn to obstacles by adding twisting meaning and interpretation under political and extra-economic considerations. Long-standing miscommunication between the states, their non-egalitarian positions and stereotype all fuel the things the wrong ends.

A formidable obstacle derives from physical consideration. The contiguity of the states and their self-centric nature are playing a negative role in most cases under sub-regional forum. The central position of India in all aspects- geographic, socio-economic, political maneuverability and so on makes others vulnerable in BBIN. While the hegemonic posture and attitudes of China also worsened the situation. As a regional power, bearing in mind India has a vital interest in developing the North Eastern sub-region and China has interest in buildup connectivity. So, India and China should take the leading role in settling all existing problems among members. In the context of politics and interests, all countries in the world have disputes with neighbor  countries, but mutually beneficial cooperation is not given up due to problems. Article XV.I.1 of the MVA points out that any dispute arising out of interpretation or implementation of the agreement shall be resolved amicably, but absence of a concrete dispute settlement mechanism could hinder the smooth functioning of the agreement, which in turn, could inflict distrust among partner countries. The word ‘amicable’ is also a vague word and can be interpreted in many different ways which can also make dispute settlement problematic.

Therefore, without further clarification of the dispute settlement clause, any sort of dispute, ranged from minor misunderstanding to major mishap could impede the harmonious relationship among the countries. Security issue, due to insurgency prone area would be another major concern for the implementation of sub-regional forum. India’s NE states are vulnerable to insurgency and direct road connectivity with those states may have adverse impact on Bangladeshi border crossing points. Currently, Bangladesh does not possess advanced technology to scan a whole cargo or passenger bus. As a result, the country may become vulnerable to narcotics and arms smuggling which will pose serious threat to its national security and stability. Cabotage restriction will be another major challenge of sub-regional cooperation. Cabotage generally means carriage of cargo between two points within a country by a vessel or vehicle registered in another country.

BBIN-MVA agreement has cabotage restriction, which means, for instance, Bangladeshi trucks may move to Bhutan, India and Nepal with Bangladeshi goods but cannot pick up Indian, Bhutanese or Nepalese goods on their way back to Bangladesh, resulting in empty returns for Bangladeshi trucks. This restriction may hamper cost-effective way of transportation of goods within signing countries and de-motivate businessmen to use direct transportation of goods instead of transhipment especially for non-perishable goods. More alarmingly the extreme concentration of the people below poverty line in the rural areas go to show that the rural development programs particularly the poverty alleviation measures have not really benefited the rural poor. This does not predict well for the states, which have put in so much of the resources under the planned development process. All these have very adversary affected the growth prospects in the region.

Poor physical infrastructure in South Asia is a major concern and can severely hinder the implementation of the Sub-regional forum. Riding quality and road density in Bangladesh, Bhutan, Nepal and north-east India is in terrible situation. Even parts of the connecting highways in border crossing regions are in bad shape. Moreover, it is estimated that US$ 8 billion or BDT 64 thousand crores will be required to develop infrastructure and funding of this vast amount of money would be another major challenge. An estimated 693,000 Rohingya have been driven into Bangladesh (as of April 2018). Over half of them are children. So, the present strained relations between Bangladesh and Myanmar over the Rohingya refugee crisis has further created a stumbling block. Although Bangladesh and Myanmar signed ‘Arrangement’ on the return of displaced Myanmar persons sheltered in Bangladesh. But, without sustainable solution of Rohingya crisis, Bangladesh-Myanmar relations will not smooth.

We may say that, although sub-regionalism is theoretically consistent with regionalism, as successes in some regions have shown. While cooperation among the Benelux countries has strengthened economic integration within EU, BBIN and BCIM have the potential to weaken SARRC. Strategic interests are often seen to override economic benefits. In the light of the above discussion, one cannot be blamed for lack of optimism about the prospects for sub-regional cooperation in South Asia under the present privilege. South Asian nations are divided so their regional cooperation stumbles. Despite having a comparative advantage of one compact geographical entity, the regional economies of the South Asian nations have been unable to mobilize market integration which leaves the sub-region least integrated.

Ex. Student of Department of International Relations of Jahangirnagar University. Why are Good Efforts of Refugee Care being…

Dr. Mazharul Islam: The Rohingyas are one of the most persecuted, oppressed, and stateless refugee communities. The injustice started with them back in 1960. Afterward, in 1982, the military regime of Myanmar snatched their citizenship and made them... বিস্তারিত Pinak Ranjan Chakravarty Fifty years ago, Bangladesh and India jointly fought the historic 1971 War which led to the creation of Bangladesh as a free nation. The political borders of the sub-continent changed again since the fateful trauma of... বিস্তারিত 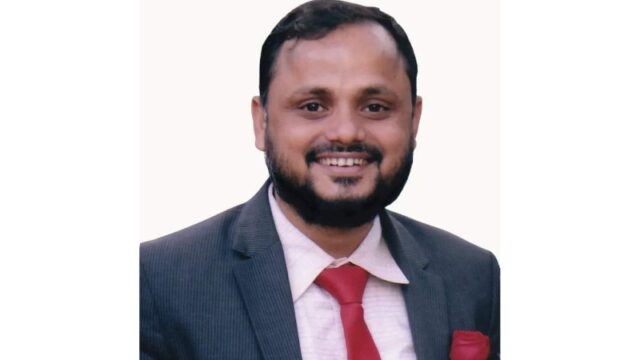